This forum is for all Ultima Online related topics. It is visible and postable by everyone, including guests.
Post Reply
3 posts • Page 1 of 1

I would like to apologise to our family/guild and friends,

Recently I, Vaniteux Orgueilleux was involved in a conversation with another player, RoFlCoPtEr-. This player created a screenshot. The screenshot was sent to others in attempts to derail or troll our family/guild. I will not apologise for what is said in the screenshot. What I said, I meant. However the screenshot along with Luther's comments can be easily misconstrued, As Im sure was Luther's desire. The screenshot only shows a select portion of the conversation, one that can be twisted to cause distress. If the entire conversation was posted, or even the previous and following four statements were posted. There would be no issue to address. I spoke to Jen, and some other members regarding this topic. If you desire, you may also come to me directly, or leave it as it stands with this post.

I have known this player for over a decade in UO. I knew the integrity level of this player was low, nonstandard. Over time I have learned that the player lies, cheats, steals, dishes(Gossip), etc. The player took a break from the game, In the three years from that point, the player HIMSELF* has told me they were military. They were in jail, and They were working on the rigs. Who knows, It could be entirely accurate. In that order, or it could be more lies. I have also found that this player has decreasing intellect. Whether it is age, drugs, a disease, stress or who the hell knows. The player seems to be fighting some type of neurodegeneration. His attempts to deceive, cheat and steal have gone downhill by far. The only thing that this player seems to excel at is disgracing themselves.

I would like to apologise to our guild and friends for allowing our family to be targeted by not taking better care in my wordings during conversation with an ugly duckling, or better defined: black sheep.

You mean this one? 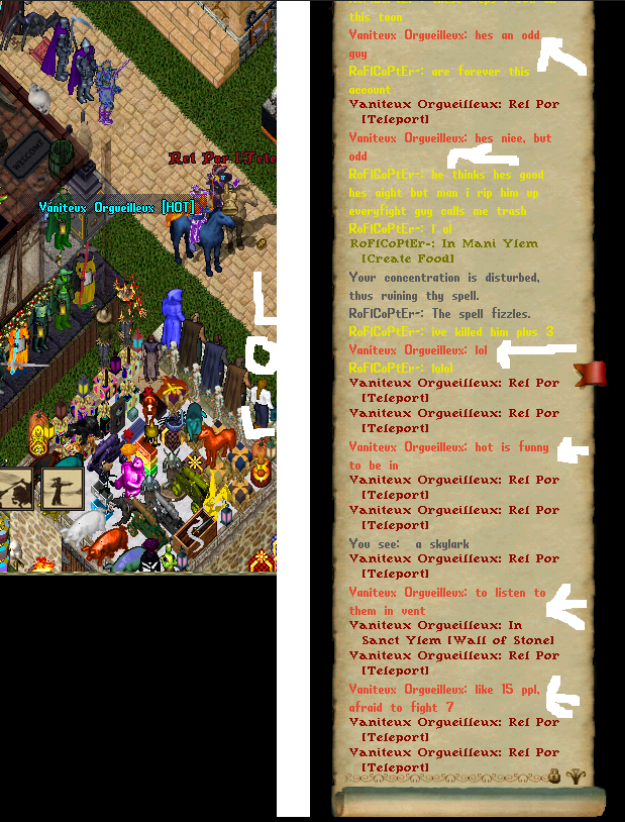